Is Your Orchid Over Watered or Over Potted? 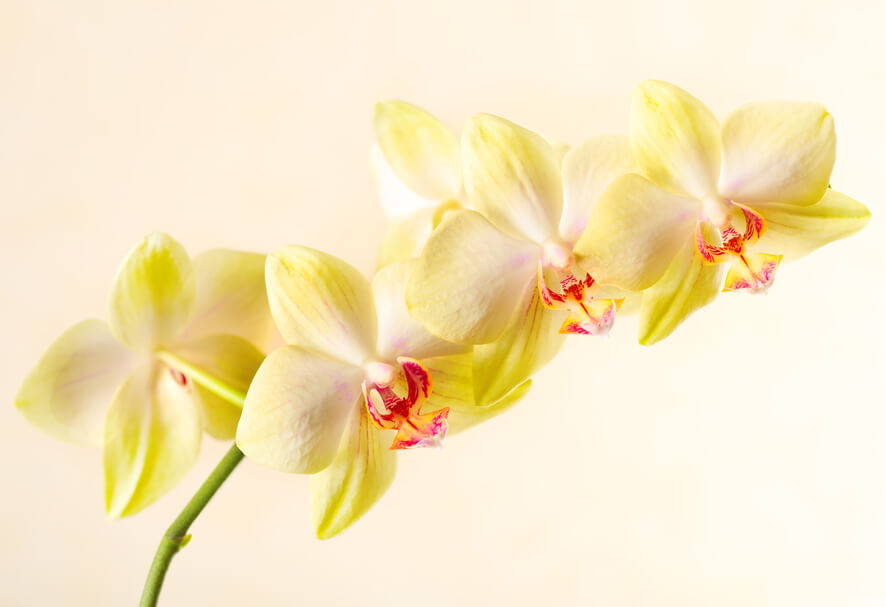 One of the trickier parts of orchid culture is watering. Orchids that receive too much water, that sit in water, or are constantly in soggy potting mix usually suffer root loss from rot. The best practice for watering orchids is to water them freely until the water drains out the bottom of the pot and the potting mix is evenly moistened. The plant should require more water in 7-10 days, maybe less. Still, many orchids remain wet after a week, two, or even more. In an attempt to prevent overwatering, some suggest limiting the amount of water given, and even using ice cubes for watering as a trick to limit the amount of water.

If an orchid is remaining wet in its pot for an extended time it is just as likely that the orchid is over potted than it is over watered. Orchids like to be snug in their pot and the ratio of roots to potting mix should be about equal. If an orchid is put into a pot that is too big for it, then there are not enough roots to take up the moisture that is being held by the potting mix and the mix stays wet too long. Instead of growing more roots to fill the space the roots stay wet, the potting mix stays soggy, and the health of the orchid deteriorates. An orchid that is in the correct size pot should dry out every 7-10 days, perhaps sooner. If the plant is staying wet for 2 weeks after watering it is almost certainly over potted.

When a new orchid is aquired it is not a given that it is in the proper size pot. There is a perception in the potted plant industry that an orchid in a 6 inch pot will sell for more than one in a 4 or 5 inch pot. So, in some cases we find that the orchids we buy have been placed in artificially larger pots for marketing purposes. That is why it is not at all uncommon for a newly acquired orchid to need a smaller pot at its first repotting. Yet, it is natural to expect to move a plant up a pot size at repotting time (like we would with most houseplants) but if we do that with one that is already overpotted it just adds to the problem. The best advice we can offer is to put your orchid into the the size pot it deserves to be in based on its root mass. Don't try to do it a favor and give it plenty of room to grow.

Pot sizes are measured across the top of the pot. Most orchids require a 4, 5 or 6 inch pot. There are seedlings and miniatures that require smaller pots, older specimen plants and some genera (Cymbidium, Phaius, large Cattleya...) that often require 8 inch pots or bigger but the majority of orchids sold in groceries, box stores, florists and the like are not these. When you are repotting your orchid you will have an opportunity to put it in the appropriate size pot based upon its root mass as shown in our repotting videos. If you are concerned that a pot is a tad too large, packing peanuts can be used to effectively reduce the size by taking up space without holding water.