How to Use Packing Peanuts With Orchids 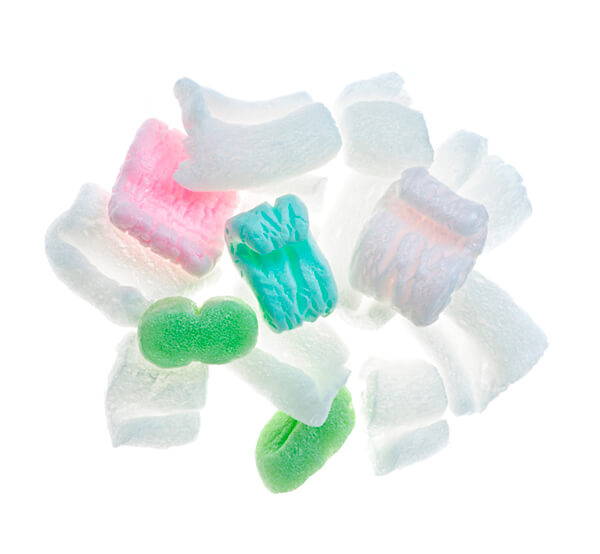 Know what colors can be used

One of the most versatile tools in orchid repotting is the simple white packing peanut. It has a variety of uses depending on what you need to accomplish. First, let's clarify just what kind of peanut we're talking about here. The cornstarch peanuts break down when they come in contact with water and they are not suitable for use with orchids. Colored peanuts, such as pink and green, have other purposes and are not generally considered as suitable for orchids. Pink means anti-static, green peanuts are made from recycled material. For orchid repotting we want plain, white, polystyrene (Styrofoam) peanuts. 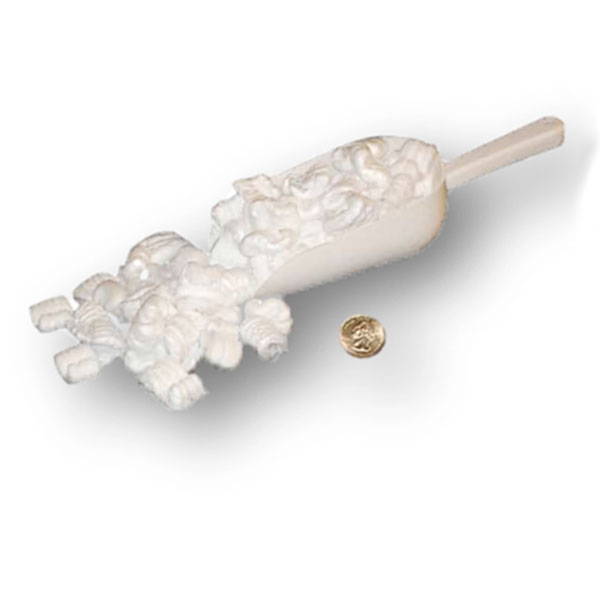 The Miltonia Spectabilis alba that we repotted recently is an example of a plant that simply wants to grow sideways on a mount. We want to put it in a pot, but it would require a very shallow bulb pan almost to handle its vertical and shallow needs. Instead, though, we chose to pot our orchid in a standard clear pot with the bottom 1/3'rd filled with peanuts. From there the plant was set on top of the pot and Oncidium Imperial Mix poured in around the thin delicate roots. We chose Oncidium mix because Miltonia is a member of the Orchid subtribe Oncidiinae. The fine particles of the Oncidium Imperial Orchid Mix distributed somewhat among the peanuts at the bottom and then filled closely around the Miltonia's delicate roots. We're delighted with this result; the bottom of the pot won't stay sopping wet yet the top area where the roots are should offer the consistent moisture that this species orchid requires. This is an example of using peanuts to effectively reduce the pot depth.

Next up on the potting bench is a young primary hybrid paph that we've recently acquired from one of our favorite growers. It has finished its bloom and as is the case with all our new acquisitions we repot them as soon as practical. Upon removing the old media, we see that this plant has a good root system following the outer contours of the pot it was in. There are no roots going down directly into the middle of the pot which is not surprising. As we repot this little guy into a clear square pot using our Paph & Phag Imperial Orchid Mix it seems that the center could use a peanut. The Imperial blend Paph & Phrag, with its generous quantity of cork, doesn't worry us too much about leaving the plant in a sopping wet mix so for this small plant a single centrally located peanut will suffice. This is an example of using peanuts to prevent a soggy pot center.

Finally, after a nice winter rest, our Catasetums are ready to go back into pots. Their new growth has short roots as the plants awaken from the winter slumber. This year we are potting them in our Phalaenopsis Imperial Orchid Mix, a mixture of New Zealand Sphagnum and medium cork chunks. They didn't require any peanuts. Similarly, the Wilsonara we are repotting today has a lot of roots and there simply isn't a need to pot it up using any peanuts. These sympodial orchids require a rhizome clip to seat them in the pot. We don't want newly repotted orchids wiggling in their pots as this will often damage young roots as they seek to establish themselves in the fresh media. We've had very good luck with our plastic pot rhizome clips on all of our plastic pots. The trick is to use a clip that is 1 inch less in length than the pot is wide. For example, a six inch pot requires a 5 inch rhizome clip.